What is Reproductive Health 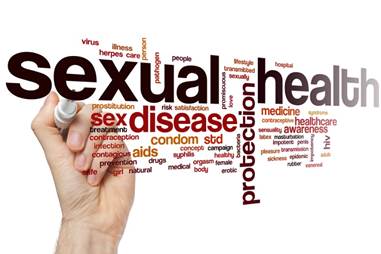 Being sexually healthy does not signify the mere state of being free from sexually transmitted diseases or some other forms of infirmity or dysfunction. Rather, sexual health is an umbrella term encompassing many different facts related to one's mental and social well-being too. Reproductive health is a complex interplay of physical, mental and social well-being. It is all about people enjoying a safe, healthy, and responsible sex life. This begins with accurate information the keeps you fully informed and empowering.

Sexual and reproductive health is a core aspect of our identity and an important part of health and well-being. Our sexuality is part of our personality and we are all sexual beings from birth until death.

We often think that this is of interest only in third-world nations, but this isn't the case. There is rising concern in young people and seniors in the developed nations as well. These ages are disproportionately affects by STI's (sexually transmitted infections), HIV (human immunodeficiency virus), and unexpected pregnancy. 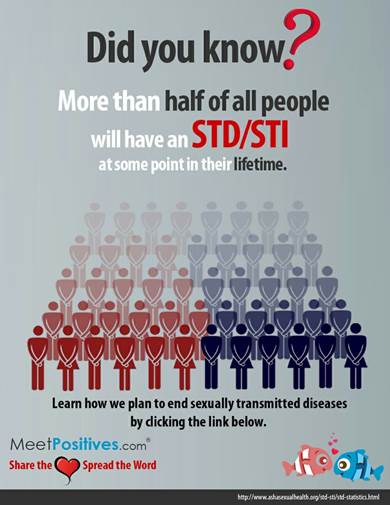 It is frightening to think that pregnancy of teens accounts for more than 25% of all pregnancies. Another concern is the alarming rise in STD's in teens and senior citizens.

STD transmission among the elderly is unfortunately a common and growing problem. For example, between 2007 and 2011, chlamydia infections among Americans 65 and over increased by 31 percent, and syphilis by 52 percent. Many senior citizens are sexually active, and quite a lot of them are choosing to not "suit up" before dancing the horizontal mambo.

But clinical trials and education on STIs among older adults is often lacking, according to a commentary from the Canadian Public Health Association.

Richard Schabas, medical officer of health at Hastings and Prince Edward Counties in Belleville, Ont., said his local health unit is clearly seeing an increase in gonorrhea and an increase in chlamydia.

"STIs as they go up, it's like a rising tide. It's going to raise all the boats. But we shouldn't forget that STIs are first and foremost a problem of young people."

Ronan wants those of all ages and sexual preferences to be aware that most people who have sexually transmitted infections don't have symptoms. 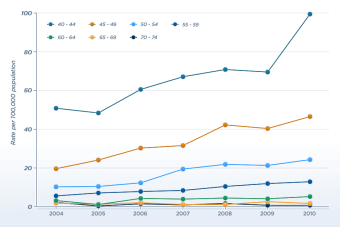 Why is reproductive health so important?

Reproductive health is a crucial part of general health and a central feature of human development.  It is a reflection of health during childhood, and crucial during adolescence and adulthood, sets the stage for health beyond the reproductive years for both women and men, and affects the health of the next generation.

At each stage of life individual needs differ.  However, there is a cumulative effect across the a person's life and different events at each phase having important implications for future well-being.  Failure to deal with reproductive health problems at any stage in life sets the scene for later health and developmental problems.

Unplanned pregnancies are a major reason for girls leaving school. High rates of pregnancy among early university-level students suggests poor and inadequate SRH education in secondary schools. Factors contributing to students' poor knowledge of SRH and SRH rights include: the cultural context in the home and community, the church and religious teachings about sex and sexuality, as well as the school and teachers' perspectives and value. Teachers tend to focus on biological aspects of sex and reproduction, thereby neglecting sexuality and the gendered socio-cultural context in which adolescents negotiate their schooling and life in communities. Contradictory and ambiguous policies tend to create space for schools to continue to exclude girls.

Knowing who you are and how your body works is important for men and women to understand.

1.      New estimates show that there are about 20 million new sexually transmitted infections in the United States each year.

2.     Young people, between the ages of 15 to 24, account for 50% of all new STDs, although they represent just 25% of the sexually experienced population

3.     46% of American high school students have had sexual intercourse and potentially are at risk for human immunodeficiency virus (HIV) infection and other STDs. Get yourself tested for HIV -- and tell others you did!

5.     The Centers for Disease Control and Prevention estimates that there are more than 110 million STIs among men and women in the US. This includes both new and existing infections.

All too often people only think of sex when it comes to reproductive health, but it also encompasses anatomy and physiology of the body.

What can I do to protect and enhance my reproductive health?

Reproductive health affects, and is affected by, the broader context of people's lives, including their economic circumstances, education, employment, living conditions and family environment, social and gender relationships, and the traditional and legal structures within which they live.  Sexual and reproductive behaviors are governed by complex biological, cultural and psychosocial factors.  Therefore, the attainment of reproductive health is not limited to interventions by the health sector alone.

Nonetheless, most reproductive health problems cannot be significantly addressed in the absence of health services and medical knowledge and skills. The status of girls and women in society, and how they are treated or mistreated, is a crucial determinant of their reproductive health. Educational opportunities for girls and women powerfully affect their status and the control they have over their own lives and their health and fertility. The empowerment of women is therefore an essential element for health.

In conclusion, reproductive health needs to be viewed holistically and positively:

·        Sexual health is about well-being, not merely the absence of disease.

·        Sexual health depends on the fulfilment of certain human rights.

·        Sexual health is relevant throughout the individual's lifespan, not only to those in the

·        reproductive years, but also to both the young and the elderly.

·        Sexual health is expressed through diverse sexualities and forms of sexual expression.

Sexual health needs to be understood within specific social, economic and political contexts.